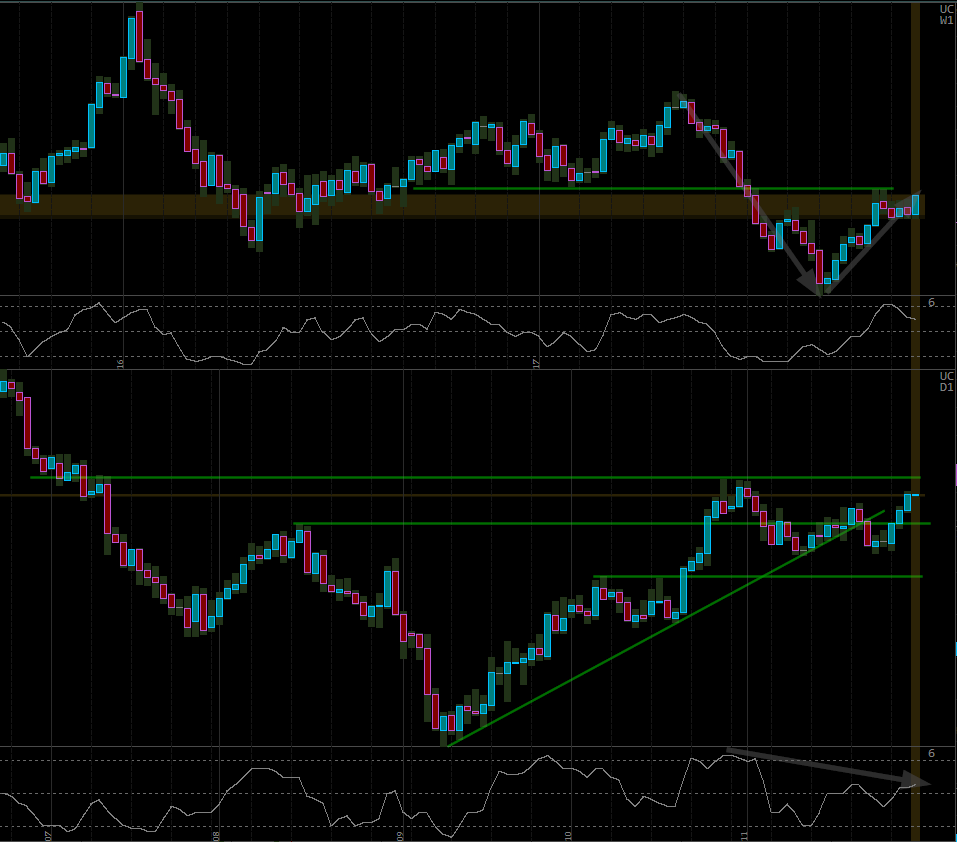 While trend is clearly Bullish on Daily, the prior Bearish wave on Weekly is still causing some concerns. Price is approaching an important resistance, and Bears showed some strength in the last 5 weeks, breaking Bullish TL.

As Price trades near the recent high, I am watching for a potential breakout failure. 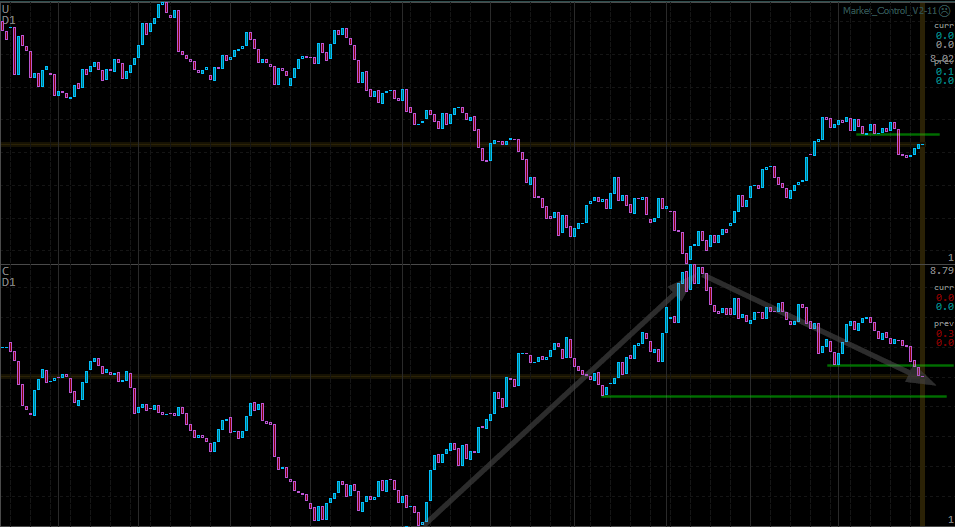 Recent Bullish strength on UC is caused by CAD, while USD is only trying to recover from the drop the last week. I still note that current Bearish wave on CAD is much slower than the preceding Bullish. 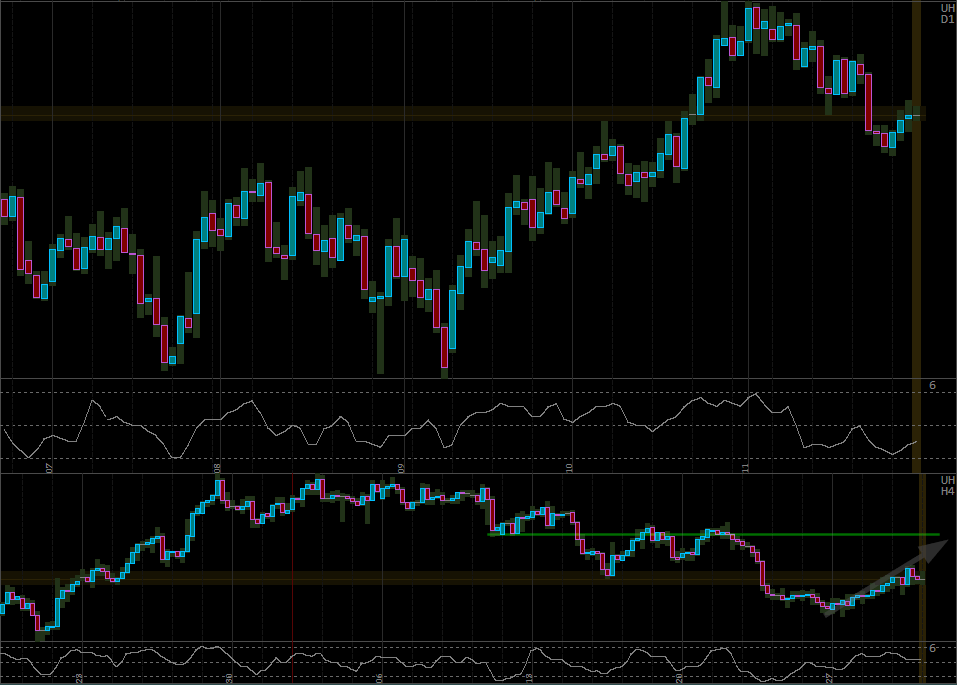 Weak Bullish correction on H4 is starting to show signs supply coming on the Market. The whole Bearish move is still not comparing favorably to the prior Bullish wave, but seems to be accelerating in the last 3 weeks.

This correction might extend higher to the green line, without changing the trend, and since the logical place for SL is above that line, the price is still too low to Sell. 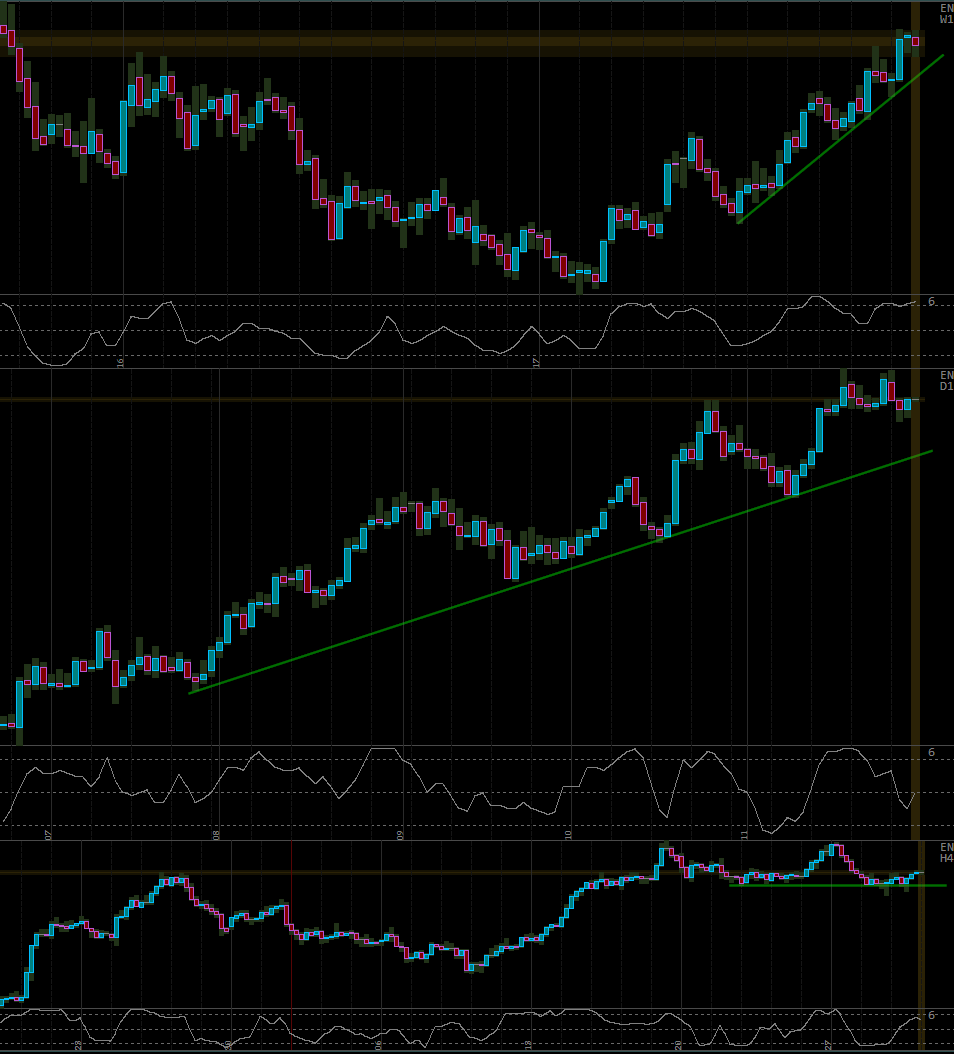 Fading the trend – what could be more exciting? This is one of these situation when I really want to Sell, for no other reason than the price being too high. But a trade like this takes some convincing, and Bears at least could have held the lower price as they broke below the short term range on H4. No, if that’s all they got, I’m not Selling – not just yet. 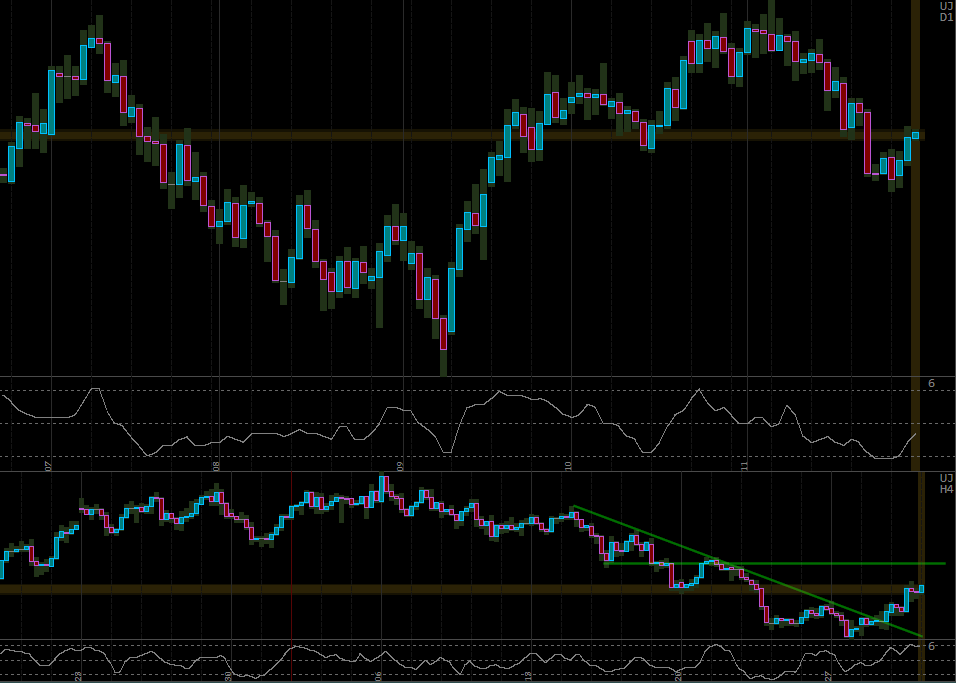 Bulls showing some strength, having broken Bearish TL, let’s see how long they can hold before Bears regroup. I am not eager to be buying yet – not after the recent Bearish wave on Daily. There is a resistance area to watch for just above the current price.

…And lower it goes. Buying looks increasingly less likely, and Selling on a weak pullback to the green support-turned-resistance increasingly more likely.

AH is slowing down its descent, but Bulls fail to reverse the price. I’ve been holding a Short for more than 6 weeks now, and not looking to cash out anytime soon – the break lower looks more likely than reversal. Given the huge range we’ve broke out from on Weekly I would rather expect to reach the low of the year in the next 2-3 months.

It never feels quite right to Sell so late in a long term Bearish trend, but the current correction provides a sufficient correction to justify the entry. Bulls are doing everything they can to bring the price higher from these levels, and yet they fail, again and again. Each subsequent push is reaching lower highs and shows weaker momentum.

While the current push looks quite strong on H4, it still failed as soon as it started approaching the high of the previous one.