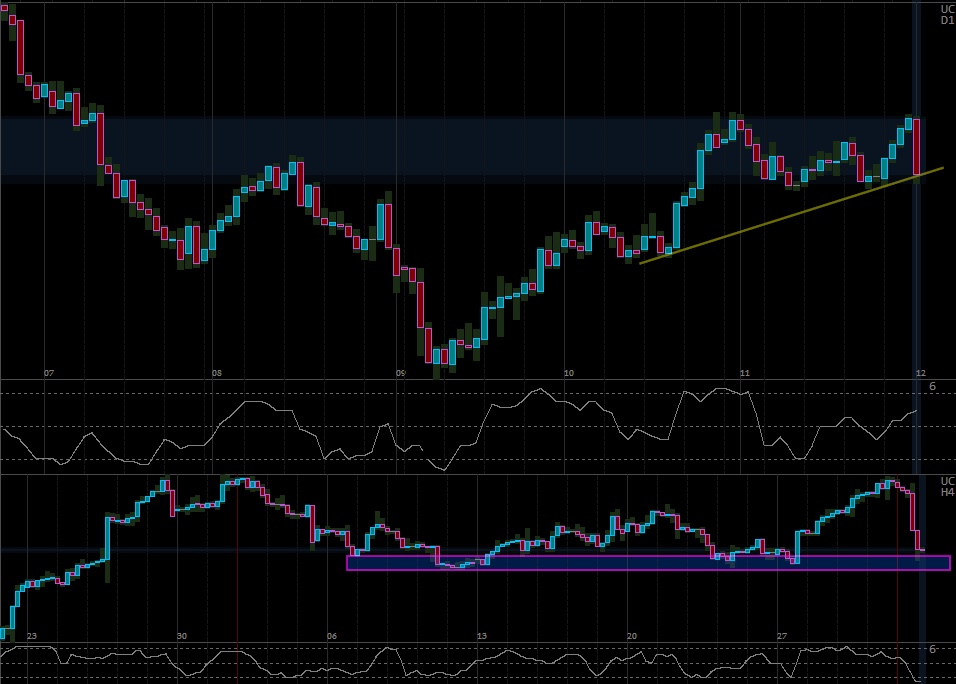 That happened faster than expected. Let’s see how the price acts at this lower support and if any weaker pullback is offered to establish a short entry.

That short idea did not work out very well and the trend is now officially reversed. Still trading in a bigger range on Weekly, but there is enough distance to the upper boundary to look for Buys on a weak pullback (which was already available on the approach to the upper yellow resistance on H4).

While Daily Bearish wave is accelerating, rejected from the TL, it is still trading against a bigger Weekly Bullish move, and now approaching the first real challenge. I would not expect the price to go through this area easily.

Price turned quite sharply, and momentum shows decreasing Bearish strength, increasing Bullish. Note that the whole Bearish wave on Daily is moving against a much bigger Bullish move.

I can imagine that many Bears are panicking right about now, seeing their profits being undone with alarming speed. A weaker correction will give them some temporal relief, and it is exactly when I would be looking to bet against them. 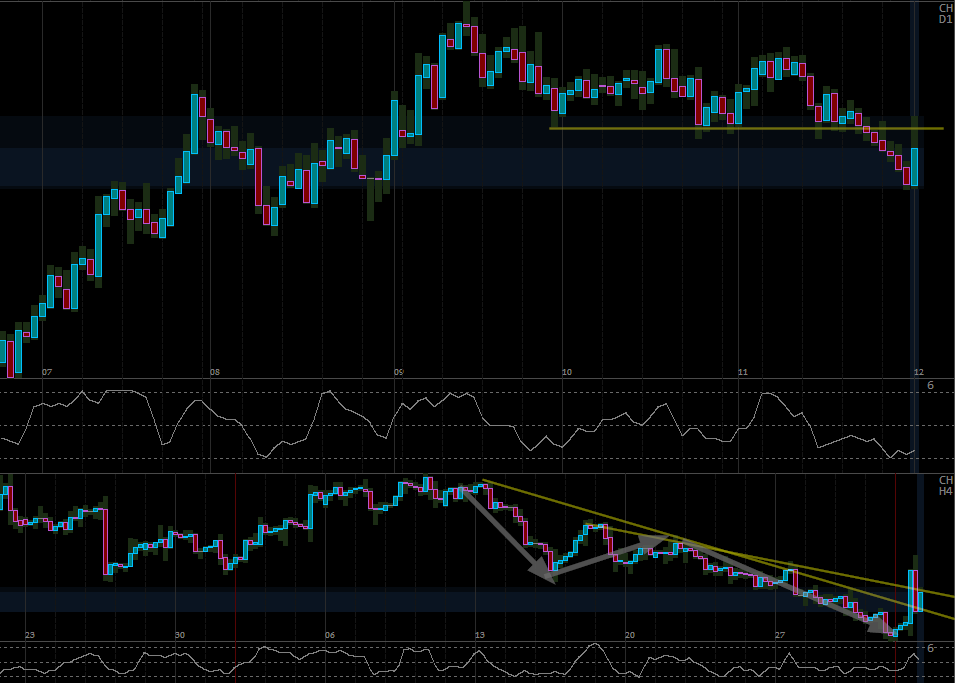 This is an interesting spike. Bearish move got violently rejected, but it is clearly a news spike, so I would not give it too much weight. More interesting is the fact that most of the Bullish candle was undone right away, and price settled somewhere around the middle for now.

More price action is needed to make a decision. I never like to base my trades on news related spikes.

Looking at all CAD and CHF pairs separately, the picture is even more interesting. The spike was bullish for both currencies, CHF coming just a bit later than CAD.

The real question is which currency will be able to sustain this Bullish momentum? That will decide whether CH is a Buy or a Sell. 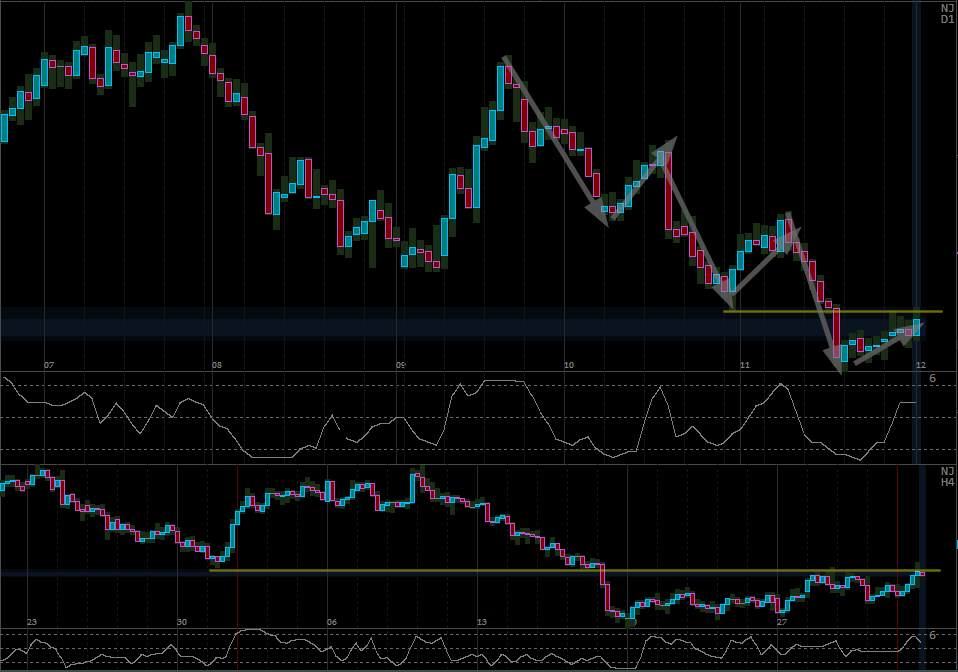 Today NJ looks much better, and failure to break this level is a clear Buy signal. Momentum on Daily is not very favorable for Bulls. However, I would not want to put any trades on right before the Market close…

…it did, but somehow I managed to miss the trade!